How is Heroin Made? 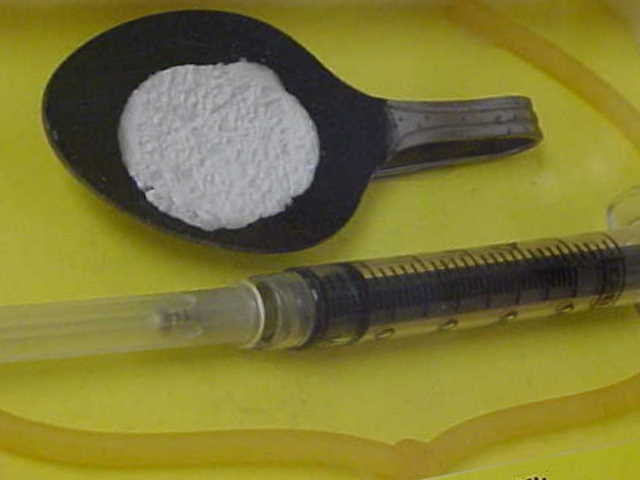 How is heroin made?

Heroin is made in several different ways but they all come back to a single base substance which is morphine. Morphine comes from Opium, the resinous substance found inside the fruit of the opium poppy. Once the opium is harvested, its three main alkaloids (alkaloids are basically a biochemical found in plants) are separated into:

How is heroin made?

How is heroin made on the black market?

Heroin is produced for the black market by refining opium. The first step of this process involves isolation of morphine from opium. This crude morphine is then acetylated by heating with acetic anhydride. Purification of the crude heroin and conversion to the hydrochloride salt results in a water-soluble form of the drug that is a white or yellowish powder.

Crude opium is carefully dissolved in hot water but the resulting hot soup is not boiled. Mechanical impurities, such as twigs, are scooped together with the foam. The mixture is then made alkaline by gradual addition of lime. Lime causes a number of unwelcome components present in opium to precipitate out of the solution. (The impurities include inactive alkaloids, resins, and proteins). The precipitate is removed by filtration through a cloth, washed with additional water and discarded. The filtrates containing the water-soluble calcium salt of morphine (calcium morphinate) are then acidified by careful addition of ammonium chloride. This causes morphine (as a free phenol) to precipitate. The morphine precipitate is collected by filtration and dried before the next step.

The crude morphine (which makes only about 10% of the weight of opium) is then heated together with acetic anhydride at 85 °C (185 °F) for six hours. The reaction mixture is then cooled, diluted with water, made alkaline with sodium carbonate, and the precipitated crude heroin is filtered and washed with water. This crude water-insoluble freebase product (which by itself is usable, for smoking) is further purified and decolorized by dissolution in hot alcohol, filtration with activated charcoal and concentration of the filtrates.

The concentrated solution is then acidified with hydrochloric acid, diluted with ether, and the precipitated heroin hydrochloride is the purest form of heroin collected by filtration. This precipitate is the so-called "no. 4 heroin", commonly known as "china white". China white is heroin in its purest form. Heroin freebase cut with a small amount of caffeine (to help vaporize it more efficiently), typically brown in appearance, is known as "no. 3 heroin". These two forms of heroin are the standard products exported to the Western market. Heroin no. 3 predominates on the European market, where heroin no. 4 is relatively uncommon. Another form of heroin is "black tar" which is common in the western United States and is produced in Mexico.